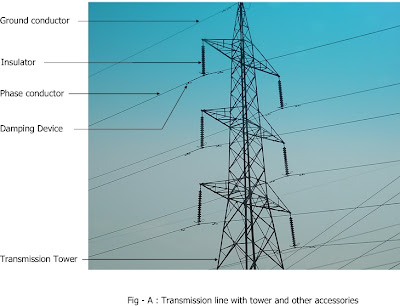 Foul weather conditions can lead to corona discharges on high voltage over head transmission lines which are perceivable as an audible broadband crackling and hissing noise.

In over head transmission, A square wave arc model is considered to represent the long electric arc in the free air.

over head transmission lines planning, routing, and design and material supply within a stipulated time schedule is must.

Please send me a brochure on accessories - over head transmission lines