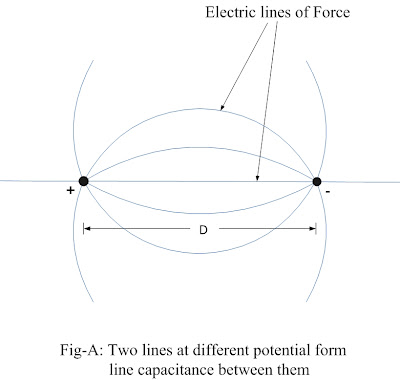 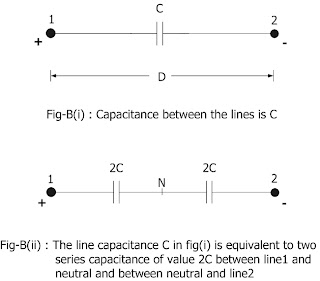 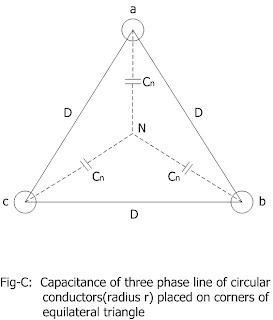 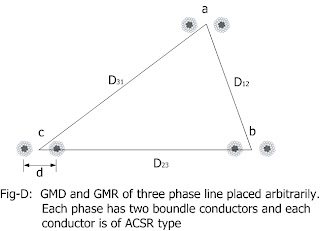 GMR = 1.09 ∜(r.d3)
As already said If ACSR stranded conductors are used (instead of circular one as shown) so Ds as
per the manufacturer's data is used in place of r.  Ds is the equivalent radius of stranded conductor.
The values of GMD and GMR are put on the above equation to find line to neutral capacitance.